Nonrenewable resources are limited in nature. So Before It consumes let’s know about basic information.

Trust me after reading this information your all questions will be cleared about nonrenewable resources. 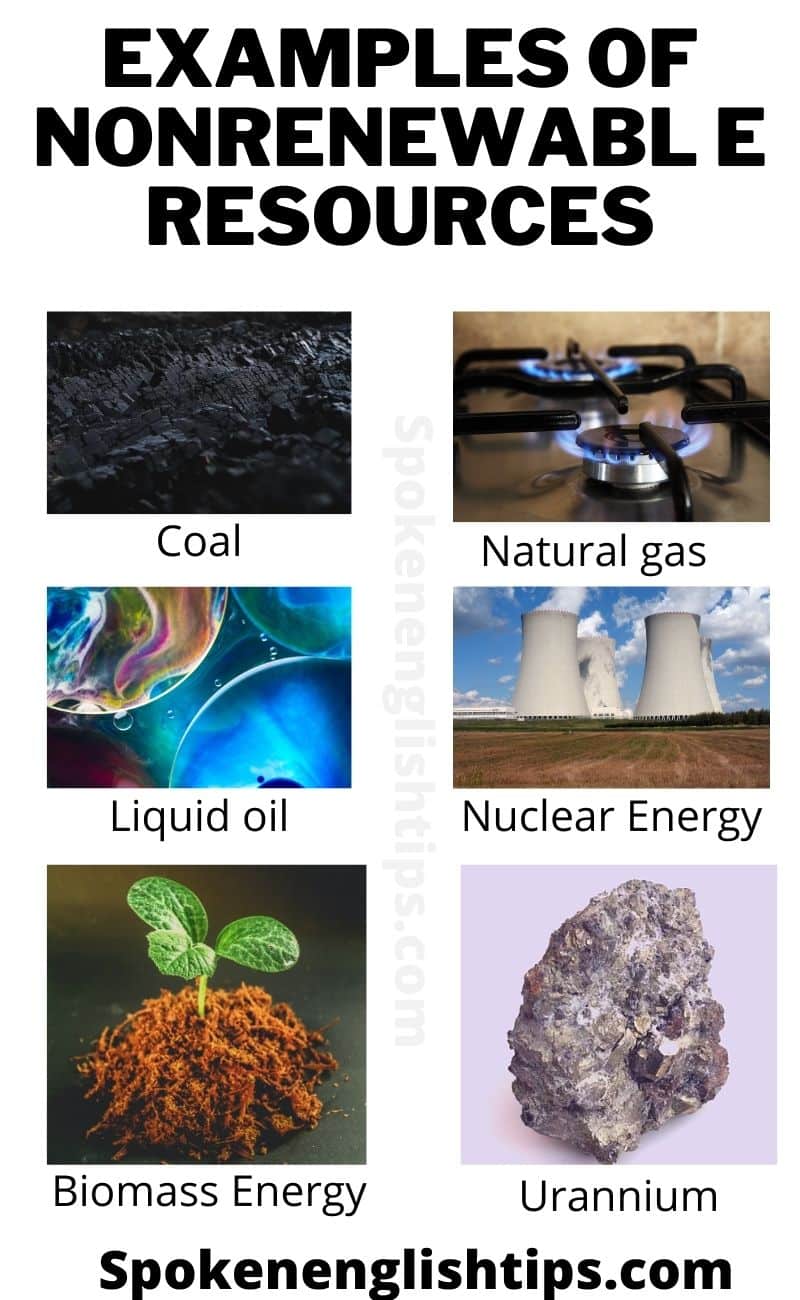 As you know these resources are very limited in nature. This is because the process of renewal of these sources is very slow. Unfortunately, Overall humans totally depend on these resources.

Most of the non-renewable resources are called fossil fuels like coal and natural gas. Carbon is the main important element on the earth.

There is one common thing in fossil fuels, they formed ancient wetlands, plants, algae, and plankton grew.

Coal is a black or brownish rock. It remains of plants and animals that died hundreds of millions of years ago. We use to generate energy from coal like Electricity, Cooking food, etc.

An ancient times coal used in trains as fuel. But nowadays it is used in many industries.

Coal is also harmful. It releases many toxic gases and pollutes our atmosphere. Coal mining can also cause underground fires burning for decades.

Natural gas founds in underground The Earth another fossil fuel in which is mostly used as a source of energy of nonrenewal resources.

It consists mostly of methane gas. We use Natural gas for cooking food or for the heating process.

The decomposing material in landfills releases methane that smells like rotten eggs.

It is also a Fossil fuel called crude oil. This is also one of the most important nonrenewable resources on Earth. Liquid oil founds underground trapped by rocks.

Now you have questions, How it will have made? So let me inform you, the liquid oil is the decay of animals thousands of years ago and preserved as Tar.

In ancient times millions of big animals were living like dinosaurs etc.

Nuclear Energy generates power through fission, which is the process of splitting uranium atoms to produce energy.

Also called Atomic energy, an energy that is released in significant amounts in processes that affect atomic nuclei of crores of atoms.

It is also used to generate Energy and nowadays more than 30 countries are using it.

Biomass Energy found in plants and Trees. The most common biomass materials used for energy are plants, such as corn and soy.

The energy from these organisms can be burned to create heat or converted into electricity.

What is a good example of nuclear energy?

Nuclear energy is electricity generated by a nuclear reactor, which is the major power source used in Japan

Where is biomass energy used?

Biomass is the only renewable energy source that can be converted into liquid biofuels. Biofuel is used to power vehicles.

What are 6 Non renewable resources?

How is biomass energy generated?

Biomass Energy is generated by burned in a combustor or furnace to generate hot gas, which is fed into a boiler to generate steam, which is expanded through a steam turbine or steam engine to produce mechanical or electrical energy.

I hope you love this article now its your turn to learn all these. Thanks for reading.

If you have any quarry regarding this post you can comment bellow. Your appreciation is motivation for us.

32+ Mathematical symbols and their meanings that you should Know